About Fly Away Bluebird 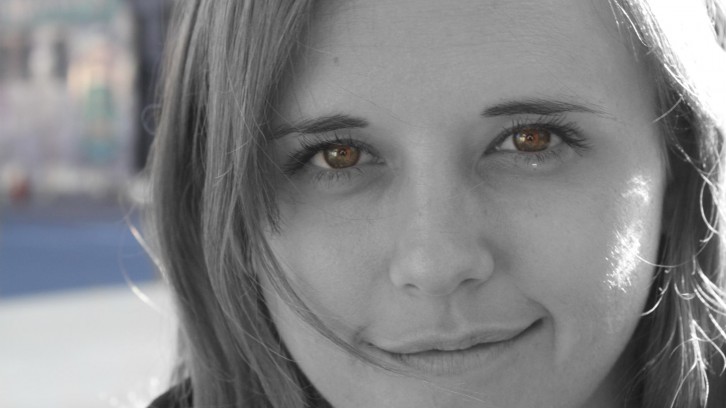 I am sitting by a sunny window in California, reflecting on my life.

My ego will tell you, I am a 25 year old female. I have a Bachelor’s degree in Constitutional Theory & Philosophy. I excelled in college at an unprecedented pace. I learned everything there was to know about political regimes, constitutional paradigms and tyrannical power. I opened a dance studio and became a semi-successful businesswoman my sophomore  year. I worked 60 hour weeks and still graduated at the top of my class. I jumped through every hoop. I passed every test. And then one day, I had a thought.

A tiny voice, from somewhere deep inside me said- “get out.”

I had already missed the deadlines to apply to graduate school. I was looking at an entire year of doing whatever I wanted to do before resuming responsibly and rigor. I had enough theory, I wanted a taste of reality.

When I got to my dance studio that day, I looked up tickets- one way tickets. The first destination I typed in was Costa Rica: a place I had fallen in love with many years before on a one-week family vacation. To my complete shock, the price came back at $179.52. There was no hesitation, I was leaving town.

I sold the studio and packed my bags. I had no travel companion. I had never been to the town I was going to be living. And to top it off, my ingenious plan was to stay at a world-renowned party hostel. My parents thought I completely lost my mind.

But I left anyway. And I fell in love. Puerto Viejo was a paradise beyond my wildest imagination. I was born to experience the Caribbean waters. I practiced smiling for entire days. I went fishing alone on the pier at sunrise. I slept with a baseball bat over stomach. I adopted several stray dogs. I met a medical healer from the jungle and learned about the magic of the rainforest. I practiced Spanish and got a job making chocolate for a tiny bookstore by day. My nights were spent bar tending at the best surf bar on the coast, Tasty Waves Cantina. There were people from every corner of the world. It was the adventure of a lifetime. And then something really crazy happened.

I went home for a week to take my GRE test and apply for graduate school. I had put very little thought into my studying the last few months, but I wasn’t worried. I knew I was going to get into school- how could they say no to me?

I bombed my tests. I got scores that the worst grad schools in the country would find questionable. It was beyond embarrassing. My well protected image was under attack.

Looking back, I laugh at this moment in my life. Such a humbling experience to remind me that I know nothing. It also forced me to look at why I wanted to go to an establishment that ignores creative talent by making up what intelligence should “look like.” Who was I trying to please? And beyond that, it sent me on a spontaneous adventure around the world in search of exactly who I am and what I am meant to do here.

I spent the last few years searching for the Truth. I don’t mean that as an esoteric, spiritual-snob expression. I have literally been trying on every life experience and choosing: Yes, this is my highest Truth -or- No, this is more bullshit. I have done it with jobs, relationships, friends, countless cities, philosophies, and perspectives.

I moved from Costa Rica to Madison, Wisconsin (Yes, I know exactly what you are thinking and yes, the cheese is worth it.) I left Wisconsin two years ago for Delray Beach, Florida.

In Florida, I found myself deeply immersed in teachings that would turn my world upside down. I met a man by the name of Christopher DeSanti, one of the most captivating and brilliant minds I have ever come across.

I was in the darkest time of my life. I had just given up a great job directing the Creative and Performing Arts Department at the Boys and Girls Club in Madison. It was a dream job and I was deeply attached to the kids that I left behind. But I was running. Running away from a past I could no longer bear to carry. Wisconsin had indeed been a place of miracles. But at the time, I saw it only as the root of shame and fear.

This was another new beginning. And it would turn out to be the most crucial decision I ever made. I was at rock bottom. It was there, that I saw the light.

The light was nothing more than an idea. A tiny, sane idea.

I was looking for the Truth. I was searching the world for the perfect answer. I was searching for something outside of my to give me peace. The one solution with infallible logic. But nothing ever satisfied me- the world did not make sense.

And then I walked into Satsang.

DeSanti was the first person I saw. It was the only time class has ever been held outside in the gardens. The first class I ever came to was in the light of the setting sun. Night was coming and it would bring a new day.

There was a gathering of about fifty people. I didn’t know a single one of them. I had no idea how I even got there.

DeSanti began class with, “Nothing I am going to say tonight is the Truth.”

I was immediately intrigued. Really? A teacher who isn’t going to act like he knows it all. Ok… you have my attention.

He paused, looking directly at me as though he had heard my thought out loud. We held eye contact for what felt like an eternity before he spoke again.

“Because you are the Truth,” his words floating along the horizon of the summer sky.

It was so simple. I had probably read this a in a million different philosophy books in college- but I didn’t have the ears to hear it then. I didn’t know what suffering or love or life meant. I thought the Truth had to be somewhere in the writings of Locke, Socrates, Buddha or one of the other major theorist. I thought I had to pick a side and continue the work.

But the Truth was… none of them could give me what I was looking for.

And then my world shifted. The more he spoke, the less I felt the knots in my stomach. I learned so much about myself that night that I could hardly sleep when I got home. I tossed and turned while his words repeated in my head. I am the Truth. I create the world I see. I am the author of my life. I am the cause of all my pain. I can choose to make it go away. I can choose to be happy. I am not the victim. I am the dreamer of the dream.

Hook, line, sinker. I was home. A few weeks later DeSanti mentioned that some people hear the Truth and instantly know. Others need it beat over their heads a thousand more times.

I had taken enough beatings. I knew.

This was exactly where I was supposed to be. These were the exact words I desired to hear my whole life. Suddenly, the world made sense.

And so my real journey began. The last two years have been spent on a quest to re-discover ancient knowledge that lies within us all.

This is my documentation of that quest. I want to share with you what I have learned and who I have learned it from. Within this blog is a variety of teachings and teachers who have inspired me along the way. Nothing they say will be your Truth. But maybe some of it will inspire your Truth to be revealed. This is a place to learn. A safe space to discover something new about yourself. A community of seekers gather here from all over the world. And when any two come together, the Truth can be seen.