How You Can Change The World 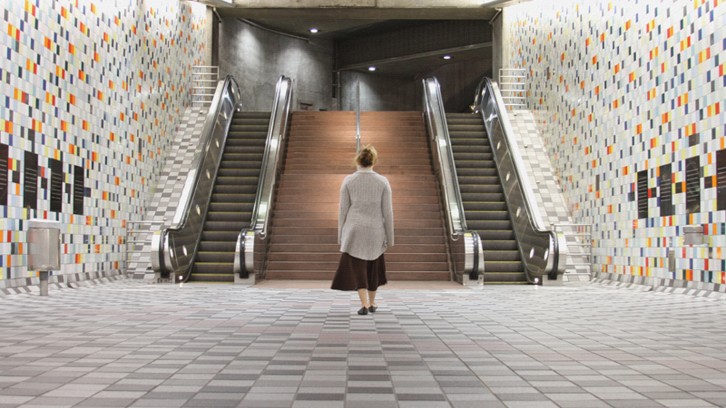 It starts with you.

When I was in college, I was obsessed with changing the world. I was a political science major, so naturally, I thought our governing bodies needed an extreme makeover.

I had fallen into one of the oldest tricks in the ego’s book of lies: the answer is outside of me. If the politicians were better, our results would be different… If citizens committed to a different interpretation of civil rights, we would experience more freedom… If we had only elected the president I voted for, all our problems would be fixed… I often worried that we the people would never find the solution to our societal woes. And even if we did, the political monster was too powerful to change.

So I plotted intricate revolutions. I spent countless hours engrossed in constitutional theories and analyzing complex philosophies. I thought if I could change the world, I could change people’s personal experience of freedom.

It wasn’t until I left college and started to explore the world that I realized this was not necessarily true. I thought the government was the key to freedom, but the very idea of government suggests the opposite.

All governments, no matter how altruistic in their intentions, are still a form of control. All constitutions, no matter how brilliantly designed, are still subject to deceitful interpretations. Many political minds will tell you that a certain degree of control and deceit is necessary for the survival and protection of any nation. They defend their argument with piles of evidence that proves humanity is intrinsically evil and we must protect the weak from the strong.

It is this perception of the world that makes a need for control while keeping humanity imprisoned. In fact, it is perception itself that leads to the corruption if thinking and thus the corrupting of people. Each person thinks he or she knows what everything “should” look like. We then force our opinions on others. It’s how we justify so many encroaching laws, wars, and deaths in the name of freedom. It’s how governments fuel tyrannical power, wiping out entire nations, differing cultures and forward momentum.

So I asked myself… Is utopia really a fantasy? Is it pointless to envision a world of total peace? Or, are we simply looking in all the wrong places?

If we think the government is all powerful- yes. If we buy into the idea of sin- yes. If we believe we are helpless to terror- yes. If we still decide that things should be more, better, different- then yes… Utopia is dead. As soon as we interpret the world, so does the world become. But what if we choose to interpret in a new way?

What if we operated from the belief that “We the People” is the most powerful line in the United States Constitution? The idea was born from minds who believed they were capable of governing themselves. It was just an idea- but a powerful one. At the time, most people in the world scuffed it. It was called blasphemy, considered a threat, and sought to be destroyed. Yet, We the People, took a stand.

The stand today will look little like the stand we took in 1776. And yet, it is a continuation of the same concept. There doesn’t need a be a war. There is no need for more laws or different politicians. The present revolution calls for only one thing: YOU to take a stand for your own personal freedom in your mind.

A perfect example comes from a current news story concerning the power of corporate America. The argument is that big business rules the world and we are all slaves to the system. This is probably true- but it is only true to the people who buy into the belief of corporate America. And I can prove it.

I live in Los Angeles, which holds the largest population of homeless in the United States. Most of these people have willingly chosen to live on the streets. They are not concerned with fashion, the media, the economy, or who is president. They are not slaves to corporate America. For better or worse, they are a  counterculture that lives largely unattached to the material world.

Imagine India without Gandhi. Imagine South Africa without Nelson Mandela. Imagine Christianity without Jesus. The evidence I choose to see is this: one person’s declaration for peace is infinitely more powerful than a thousand people’s declaration of war.

Now Imagine the world without you. You play a crucial role in this theory. There is nothing innate in Gandhi that is absent in you. Gandhi did not have some supernatural power that was gifted to him and denied to yourself. He simply had a vision, followed by committed action.

Here is another way to look at it… If the entire world chooses the path of non-violence, and you choose to wage war, the world is not at peace.

World peace starts and ends with you.

*Note: All writings are subject to the perspective of Fly Away Bluebird and are not meant to be taken as the Truth.

**Note: All reading is subject to your perspective and also we invite you to not take it as the Truth. However, you are free and encouraged to share your thoughts with other readers in the comments below.

Haitian Proverbs
I Am God - Not A Guru