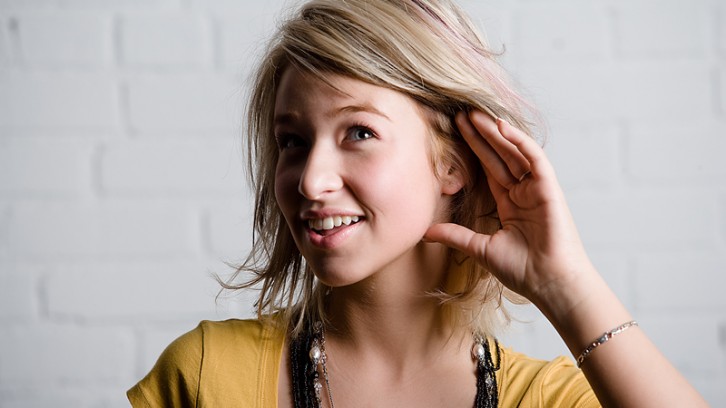 Almost everyone in America can share their ideas, their innermost desires, their engagements, and their gossip for the entire virtual solar-system to see in an instant. As it becomes easier to communicate, life as a free citizen is being steeped in non-stop noise.

Hence, one of the greatest challenges facing America, is the rediscovery of our listening power.

We all have a story. And we tell our story through language. To quote Heidegger, “language is the house of being.” We live and create and express in language. Every invention, every relationship, every revolution, every society, every thing revolves around our capacity to speak it into existence. But the capacity to listen, is equally as powerful.

Just as every person speaks differently, every person listens differently as well. We listen to language through our individual perspective, which is greatly influenced by social and political perspectives. It is also heavily shaped by our past experiences. As time moves, we start to collect a large amount of data from these sources. And as naturally as life and death, we develop a perspective.

Hence, it is very rare that, even in the midst of extreme communication, anyone listens to what anyone else is actually saying. C.S. Lewis captured it perfectly when he wrote, “For what you see and hear depends a good deal on where you are standing: it also depends on what sort of person you are.” When you hear someone say something, you hear words that have been taught to you through definitions- but what isn’t taught, is that every person’s definition for every single word is unique. For example, someone tells you, “I am a lesbian,” but you hear words through a filter of your own perception. The word lesbian, has a distinct definition that you have ascribed to it. If you’re religious, you may hear blasphemy. If you’re also a lesbian, you may hear a come on. If you’re a lawyer, you might hear civil rights.

No matter your idiosyncrasies, your perspective has been finely tuned by years of experience. Your deeply rooted definitions are then cast out into the world, projected onto every event, every person, and every conversation you encounter, only to then be reflected back at you. As the Course of Miracles states, “The world you see is what you gave it, nothing more than that. But though it is no more than that, it is not less. Therefore, to you it is important. It is the witness to your state of mind, the outside picture of an inward condition. As a man thinketh, so does he perceive. ”

And so does he listen.

This is the meaning of, there is no one outside of you.

And in 2014, this is a growing concern. As the world gets louder, your individual voice can either grow with it, or shrink down to a meaningless murmur. What appears to be happening, is a few mega corporations are drowning out the voices of millions.

So how do we regain our voice in hostile airwaves? Through our listening power.

Hence, in order to regain our power in a thunderous world, we must listen very closely to what is actually being said. What the media is saying, what the government is weaving, when the news is misleading, when the terror is shrieking. We must listen.

The revolution is quiet.

Haiku Tuesday
Christmas as the End of Sacrifice ~ ACIM